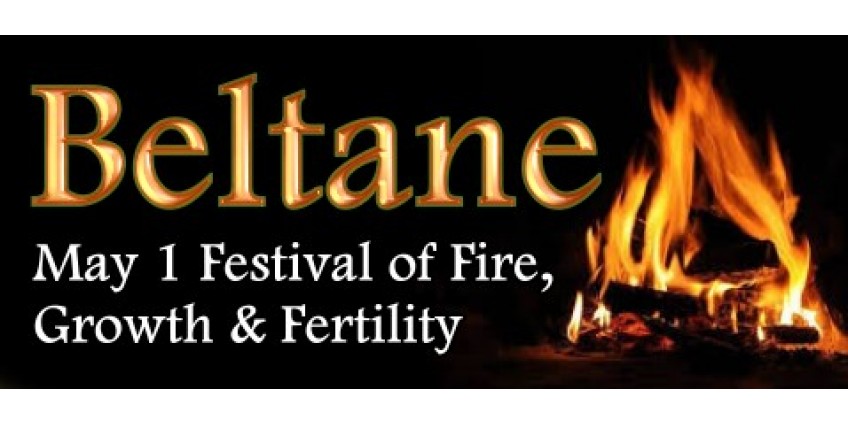 Beltane or Beltain is one the Gaelic May Day festival celebrated by many Pagans and Wiccans. Also known as May Day, it usually falls on May 1 about half-way between the spring and summer solstice making it a cross-quarter holiday.

Beltaine is mentioned in very early Irish literature and mythology and was also known as Cetshamhain ("first of summer") marking the beginning of summer and when crops were begun to be sewn. As a result, many rituals performed during this day are designed to protect cattle, crops, and to encourage growth and fertility of the fields and people. Ritual bonfires were kindled with their ashes scattered across the fields thinking they had special powers (as many crops are fertilized by ashes, they were not wrong).  People would walk with their cattle around or between the fires for fertility. House fires were extinguished and then re-lit from the Beltane bonfire to bring the blessings home.

A feast usually followed with some food and drink offered to the Gods and to fairies to keep them from mischief. May flower wreaths were made to decorate homes and worn upon the head. Yellow flowers were especially thought to be lucky. The Maypole was raised in the center of villages representing the fertility of the God with a ring of flowers at the top representing the Goddess. Ribbons hanging from the top were woven together as young villagers danced around the pole symbolizing the spiral of life and the union of the God and Goddess.

Beltane honors life at the peak of spring and the start of summer. The Goddess is celebrated as the Maiden and the May Queen at the peak of womanhood. The God as the Oak King courts and mates with her bringing fertility to the Earth. It is a night of passion, sensuality, vitality and joy. It is the time of the year to celebrate new ideas, hopes, and dreams putting them into action. Symbolically planting a seed or tending a garden is a wonderful activity recalling the crops of our ancestors and encouraging growth for any venture.

Neopagans and Wiccans have adopted many traditional Beltaine rituals seeing it as a time of new beginnings and growth. Bonfires are still often lit with candles or cauldron fires substituted in more urban areas. Maypoles are a popular group or coven activity. Fresh flowers and floral wreaths are another way to honor the season in your home and on your altar.  Feasts are held in many areas where the baking or sharing of bread symbolically blesses the growing season with offerings left for the fae or the Gods.

The Wheel of the Year Parchment Poster 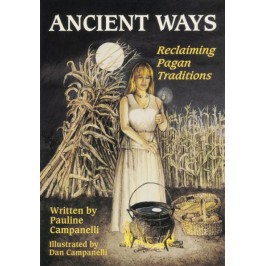 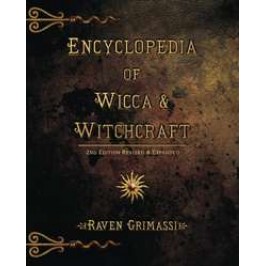 Encyclopedia of Wicca and Witchcraft Book 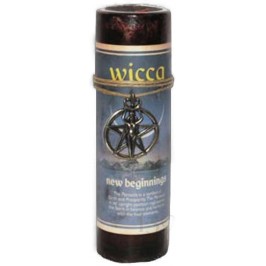 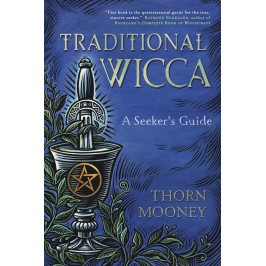 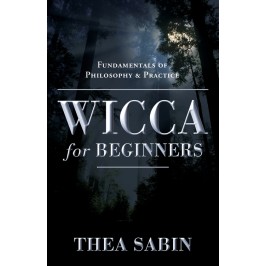 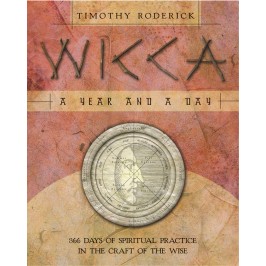 Wicca: A Year and a Day